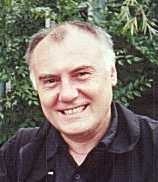 Ken Hyder qualified as a traditional shaman healer in Tuva, Siberia after a long apprenticeship. He carries out a wide range of genuine effective shamanic treatments, including real shamanic healing and protection, and individual therapeutic consultations. He is based in London.
He is a certified member of the Dungur Association of Shamans and the Adyg-Eeren Association of Shamans, Kyzyl, Tuva. His teachers were the best known and most experienced shaman practitioners in Tuva.
Simply, clients are treated by manipulation of energy. The shaman drums to go into a light trance, and then extracts any negative energy from the client. The same procedure is followed to put healing energy into the person. And finally, the client will be surrounded by energy which protects.
Many clients are themselves therapists of various treatments. Therapists often collect differing amounts of black energy from clients they treat, and from time to time they need the shaman’s expertise in getting rid of that unwanted negative energy.
Ken Hyder
Contact  –

Shamanic healing therapy is now available in London from one of the few western practitioners trained in Siberia.
Authentic Siberian shamanism is distinctly different from most kinds of shamanic therapy practiced in the West. A real traditional shaman practitioner places a  strong emphasis on helping the patient use techniques to help protect themselves from further illness after they have been treated. Ken takes his traditional training and makes the best use of that ancient knowledge in a contemporary western setting.

Ken Hyder is also a London-based musician playing in many countries with a wide variety of musicians from different backgrounds – including Tibetan Buddhist monks with whom he recorded and toured several times. 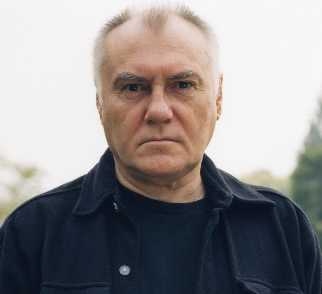 an apprentice. After several years he became an initiated shaman in Tuva,  Siberia  where he treated a wide range of conditions for individuals of all ages. He also cleared homes of accumulated negative energy. Ken Hyder completed his apprenticeship in 2000 and became a certified member of the associations running the two leading shamans’ clinics in Tuva. He also  practiced in Italy and Germany.

Siberian shamanism manipulates energy, clearing blockages, removing the negative – replacing it with healing energy. Stress, fatigue, emotional set-backs can give rise to back and joint problems which are particularly suitable for this therapy. But traditional Siberian shamans are trained to deal with a huge range of problems. They are expected to help people in their community who might be suffering from an extensive range of problems.

He has often helped other therapists in a wide range of fields, from psychiatry to massage, to get rid of a buildup of black negative energies they have incurred while treating their clients.

Great importance is given to after-care, helping clients avoid relapses.

Ken Hyder is based in South London. And while personal consultations are preferred, distant healing can also be arranged. He also clears homes of unwanted energy, often black energy accumulated over the years.

Some people wonder how shamanism might fit into contemporary western culture. Ken points out that before he died, fellow Scot and leading psychiatrist R D Laing was going to bring out a new magazine called – “Shaman”. Laing believed that shamans were the original psychotherapists. Ken adds :”Although I did not know him well, I did play jazz with him once at Ronnie Scott’s.”

If you feel shamanic healing and shamanic protection can help you,  or you wish to know more about traditional Siberian shamanic therapy, please write to :-

“I enjoyed the healing sessions with Ken. It was very interesting to experience Siberian Shamanism in action, very different to any other healing I’d ever had. I liked Ken’s informative and no nonsense approach and felt better and fully energised after our sessions.”

“Ken was very attentive and observant and got right to the heart of my problem. The healing was strong and effective. I was impressed with his advice on how to stay healthy after I left. I’ve been seeing Ken over a year now I go back to see him if something crops up, or to get an infusion of positive energy if I feel I need it.”

“I find Ken’s approach very reassuring. He always listens and looks deeply into the situation then usually there is healing followed by protection. His experience and learning in Siberia must be pretty unique for a shaman practising in London. It works well for me.”
Jane M, Islington
Also, if you are in the West Country, you could contact Claudia Bonney who was apprenticed to Ken Hyder. She now offers shamanic treatment in Bristol.

You can reach her at :- cmbonney@hotmail.com

And another former apprentice, Marius Stonkus, is at:- mazzza2009@hotmail.com 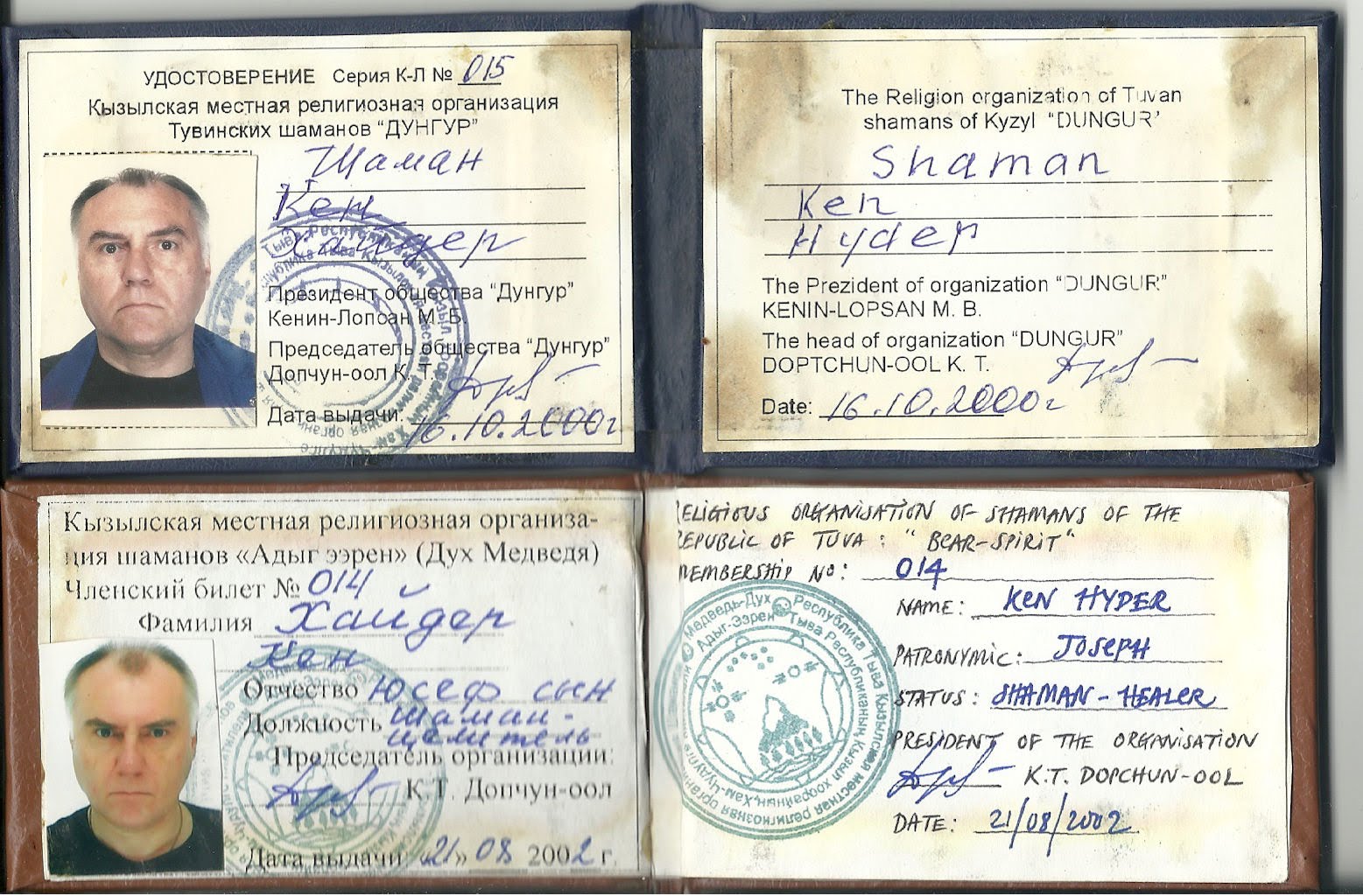 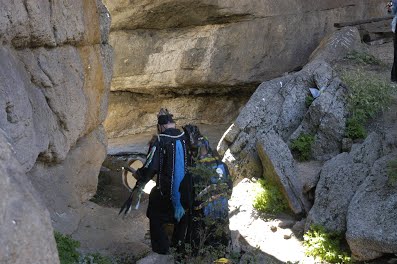 My personal account of how I became a shaman healer. It deals with my traditional teachers and all the shaman services they provide to their people.

Where shamanism began – in Siberia – where I became a shaman healer.  The page shows how shamans began as family shamans and shaman practitioners looking after small communities. These shamans were expected to cover all different medical – and psychological conditions. The basic qualities of traditional shamanism are dealing with negative and positive energies.

How I go about giving shamanic therapy to clients. It’s all about getting you better as soon as possible – rather than weeks and weeks of sessions.

How to walk and see and learn more each day.
A Shaman’s Blog

Insights on different forms of shamanism, including how it inspired chi-kung. And comparisons between shamanic healing in the place of its origin, and in the West, including London, where a higher proportion of a shaman’s clients suffer from anxiety. There is information about dealing shamanically with unwelcome spirits and black energy. Often it is much safer to get treated for these problems by an experienced shaman – rather than tackling black energies yourself.

Tuva Trip
The last trip out to shamanic sites in Tuva, Siberia with my principal shaman teacher before he died. Kungaa Tash-ool Buu took me to a very isolated, almost hidden spot near the Mongolian border where shamans have been doing ancient traditional rituals for tens of thousands of years. A great place to learn how to be a shamanic healer.
Useful links  –
Shaman Portal 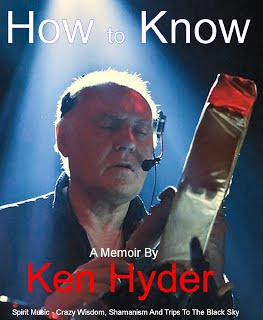 The story behind my spirit music journey from Scotland to Siberia, and back is now available on Amazon and Smashwords.
Some reviews –

“Although not a long read, it is a very enjoyable one, frank and funny and often profoundly deep.”

“The result is a seductively uncomplicated lattice of musical and spiritual cosmology from someone who has immersed himself in some of the most remote cultures on Earth.”

“An intertwined spiritual and musical search has marked and continues to characterise the entire history of Ken Hyder, a multifaceted figure who defies genre labels and simplifications.

“Percussionist, composer, writer, anthropologist, shaman, and journalist are just some of his many incarnations. To find out more, and of course an extensive discography, there is this singular autobiography, a memoire in which he recounts his experience as an explorer of unconventional music partly derived from his native Scotland, becoming deeper and eventually taking him to Tuva, the court of the Siberian shamans, to become in turn a shaman himself.

“It is a cross-cultural journey and, on closer inspection, more philosophical than musical, where percussion technique and rhythm are at the service of a higher dimension : the spiritual.

“Anyone can perform a similar search path provided, if, as Hyder says, they are humble, do not take anything for granted and are open without prejudice to the knowledge and the discovery of new cultures or worlds.” 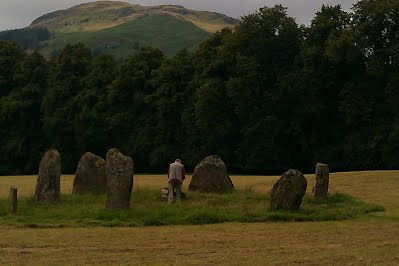